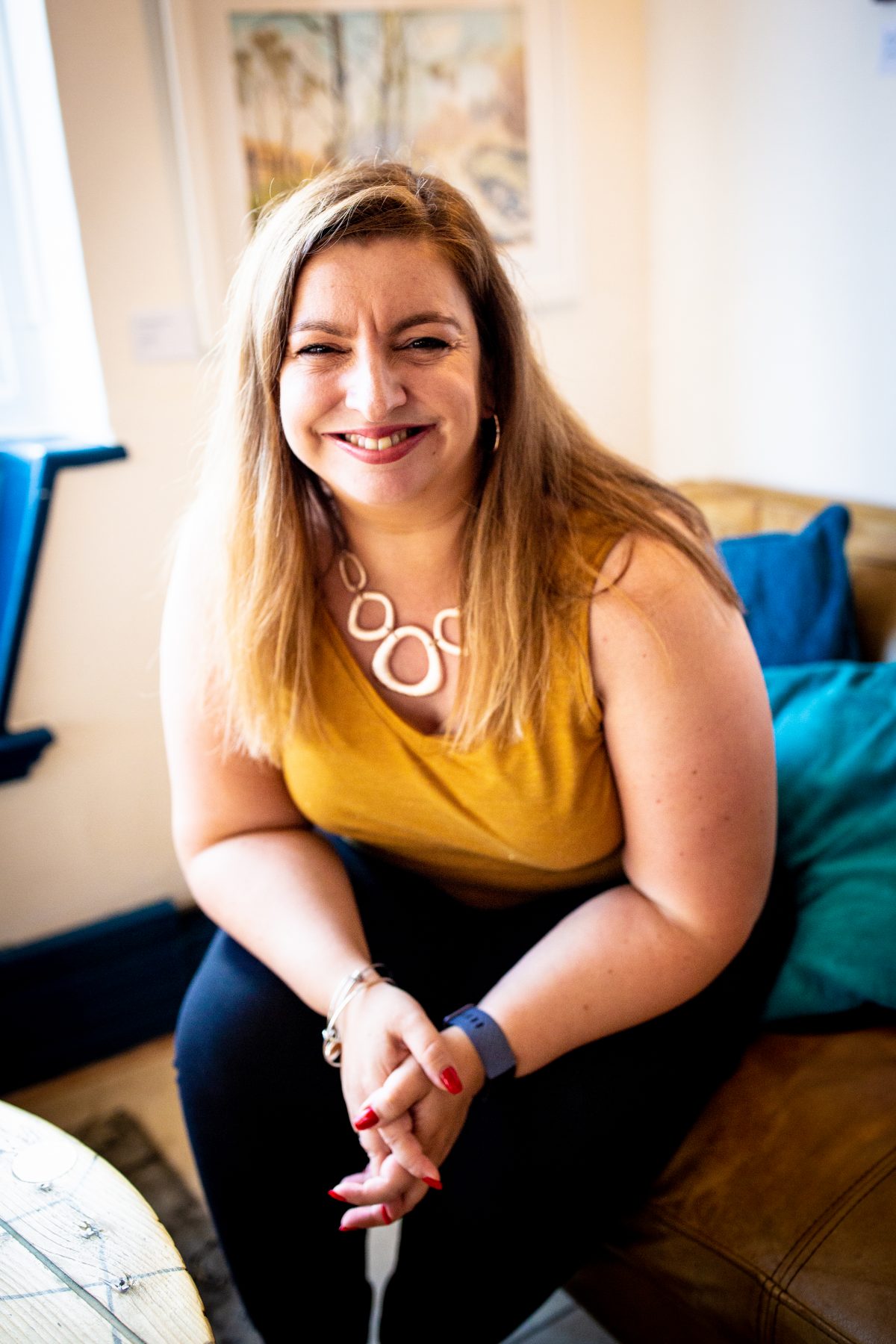 I’m a Mindset and Wellbeing Blogger and Coach, wellbeing warrior, collector of stationery, lover of sparkle, and Founder of Simply Shine.

My passion is to help stressed-out, busy women know that there is another way of doing life.

I started Simply Shine as a blog in 2018. If you wish to read about calm mornings, having time to do what you enjoy and knowing what to focus on in your day to day, then this is the beautiful place to be. Read my blog posts here.

My Life Used to Be Very Different..

I was a perfectionist and set myself very high standards. If things weren’t quite right it would cause panic. I suffered from anxiety, depression and exhaustion but I felt stuck. Sit down to rest in the evenings? Forget it! I would feel like a failure if I did that. I remember chatting to a friend who said she was going to watch tv with a glass of wine. I burst into tears. Why couldn’t I do that? I didn’t know there was another way.

Then things got more serious…

To begin with there seemed to be no pattern to when I would feel exhaustion or fatigue, including low concentration, drop falls and muscle tremors and spasms. At my worst, I was so low on energy that I would sit at the kitchen table holding my head up and my fiancé would have to feed me.

Then one evening at the beginning of April 2013, my symptoms continued for four hours which was both terrifying and exhausting. I am so glad that happened because without that I never would have been referred to Neurology and actually get a diagnosis. At the end of that month I was given the diagnosis of Functional Neurological Disorder. It is a condition that affects around a third of people attending neurology out-patients’ clinics but not many people have heard of it.

Determined not to let the condition stop me from living, I set about learning as much as I could about retraining my brain and changing my mindset. I read, kept a symptoms and emotions diary, learnt my triggers and how to work through them. I learnt new techniques to get my shine back. 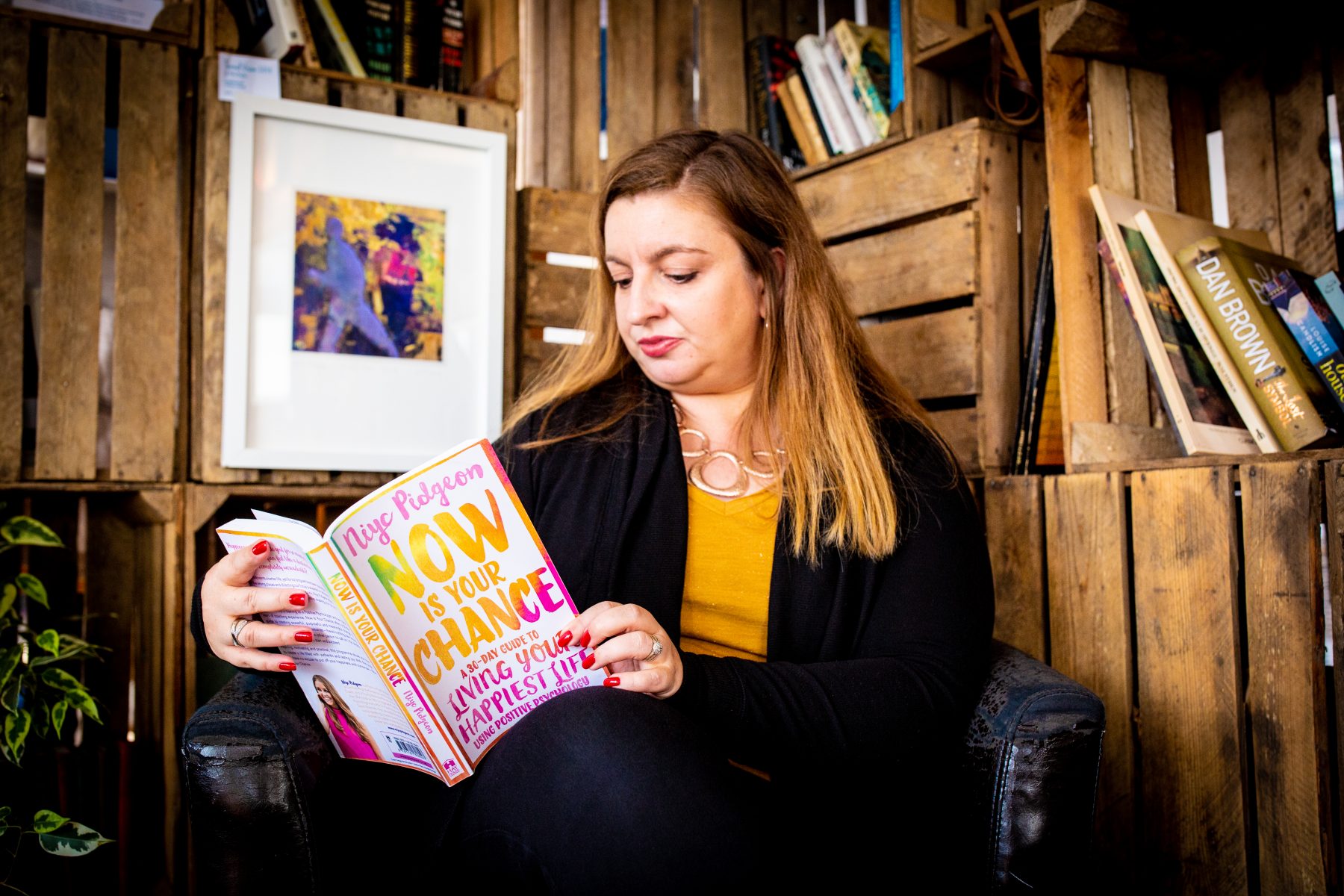 When I was signed off work with depression and FND, I didn’t know what to do with my time. I was used to being so busy and then it wasn’t possible. The doctor suggested that I rested when I needed to and then spend the remainder of my time working on self-improvement.

I used my skills from planning projects to assess where I was and came up with a plan to move forward. I attended Yoga classes and other gym classes when I was able to and gave myself permission to simply take time out. That might have been long walks or time with a cuppa and my book. I also learnt the art of journaling. How getting familiar with my own thoughts and how they shaped my feelings. This helped me to realise my worth and start being happy with me.

I started to build my life back up, starting with my self-esteem. Learning what I wanted my life to look like. Learning to live with my health condition and not let it rule my life. Slowed down and enjoyed each day. Not only that, I started to create a Simply Shine Lifestyle.

I am not fully recovered and I don’t know if I ever will be. I get tired easily and need to pace myself and be careful how much I take on. If I’m stressed (or over tired) then my other symptoms make an appearance too and you might find me doing a dance due to my muscle tremors. However I am much improved due to the mindset and wellbeing techniques that I have become an expert in.

I am no longer a perfectionist, my anxiety is under control and self-care and self-development are my passions. I make no apologies for prioritising myself and just love helping other women feel the same.

After being made redundant from my corporate HR role-coaching managers through change, I saw no better time to use my skills and experience to help others.

Helping women to calm the chaos in their mind and life, prioritise themselves and shine in all they choose to do.

Ways I Can Help You

Ready for you to download and get started on straight away or when suits you.

Through 1:1 coaching we can work specifically on the areas that are keeping you stuck and create meaningful goals to help you move forward.

You can find out more about which cookies we are using or switch them off in settings.

This website uses cookies so that we can provide you with the best user experience possible. Cookie information is stored in your browser and performs functions such as recognising you when you return to our website and helping our team to understand which sections of the website you find most interesting and useful.

Strictly Necessary Cookie should be enabled at all times so that we can save your preferences for cookie settings.

If you disable this cookie, we will not be able to save your preferences. This means that every time you visit this website you will need to enable or disable cookies again.

This website uses Google Analytics to collect anonymous information such as the number of visitors to the site, and the most popular pages.

Please enable Strictly Necessary Cookies first so that we can save your preferences!